Press enter to begin your search

Dynamic Health specializes in natural, alternative treatment for allergies and many types of diseases. The founder, Dr. Anthony Smith, has over 37 years of clinical experience in treating a wide variety of acute and chronic health conditions.

I thought that you might like to know what inspired me to develop a natural health care system for people who have chronic health issues.

I enjoyed almost perfect health until 1985, when at 32 years of age my health mysteriously began to deteriorate. I developed a chronic cough, fatigue, and congested sinuses and lungs.  As time went by, I also developed numerous allergies and sensitivities, a chronic viral lung infection, many bacterial infections, asthma, and severe Candida overgrowth.  Unknown to me at the time, my rapid decline in health was caused by a toxic chemical leak under my office. Unfortunately, this situation was not discovered until about 5 years later, which allowed my health problems to become very chronic and resistive to treatment.

I tried every type of possible inhaler and prescription medication for these problems. I have had several “near- death” asthmatic experiences. I was rushed to the emergency room literally dozens of times and I have spent many days in the hospital. I endured 3 unsuccessful sinus operations. I quit breathing after my last sinus operation and was intubated in intensive care for 2 days.

For over a decade, most of my evenings were spent sleeping on a recliner, waking up every couple hours to cough violently and use my inhaler or nebulizer. I would frequently use a nebulizer during my lunch break at work, just to help me make it through the rest of the day.  I would cough uncontrollably for at least an hour every day, which would often result in a hiatal hernia or severe headaches. I used one inhaler so often that it soon became ineffective and even made my asthma worse.  I tried steroid nasal sprays for my sinusitis, but they only gave me nosebleeds.

My asthma was so severe that I couldn’t walk more than a block without having to stop to violently cough for a few minutes.  I could no longer work out or engage in any type of aerobic activity.  I had always loved being in great shape, but my strength and endurance quickly faded away.  My emotional health didn’t fare much better.

I was fearful to go anywhere if it was not within close proximity of an emergency room. During the winter months I would basically become a shut-in because the cold air would aggravate my asthma.

When I traveled by plane, I was always fearful that I would have an uncontrollable asthma attack in the middle of the flight. I traveled to some of the best medical and alternative clinics in the country but experienced very little improvement. I would leave these clinics with bags of prescription drugs or natural products that provided only minimal symptomatic relief. I became a coffee and tea addict, because these hot, caffeinated beverages were so helpful in clearing my congestion, helping me to breathe, and boosting my energy level.

In 1995, I was hit with another health setback.  I suffered a severe allergic reaction to steroid injections that I received in each shoulder for my chronic bursitis. The resulting pain in my shoulder joints was so severe that I couldn’t raise my arms for 2 months which resulted in chronic pain and stiffness in my shoulder joints. I was soon forced to sell my thriving practice in Colorado Springs.

I attended dozens of different seminars, always hoping and praying that some new technique or nutritional supplement would be the “miracle cure” for my health problems — but it never happened. However, the cumulative ideas and concepts I obtained at those seminars were helpful in my development of CBT.

Although I am still not totally well, I am a whole lot better than I used to be — thanks to the techniques that I was inspired to develop, and  the amazing support of my wonderful wife Lisa. I’m hoping that my remaining health challenge won’t always be my proverbial “thorn in the flesh”. But even if it is, I’m OK with that.

I believe that God has allowed me to go through all of this suffering so that I might have a deep level of compassion  for those who have difficult health issues.  I am totally humbled to have been blessed with this profound technique.

Wishing you the very best of health, 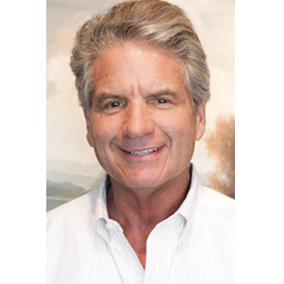